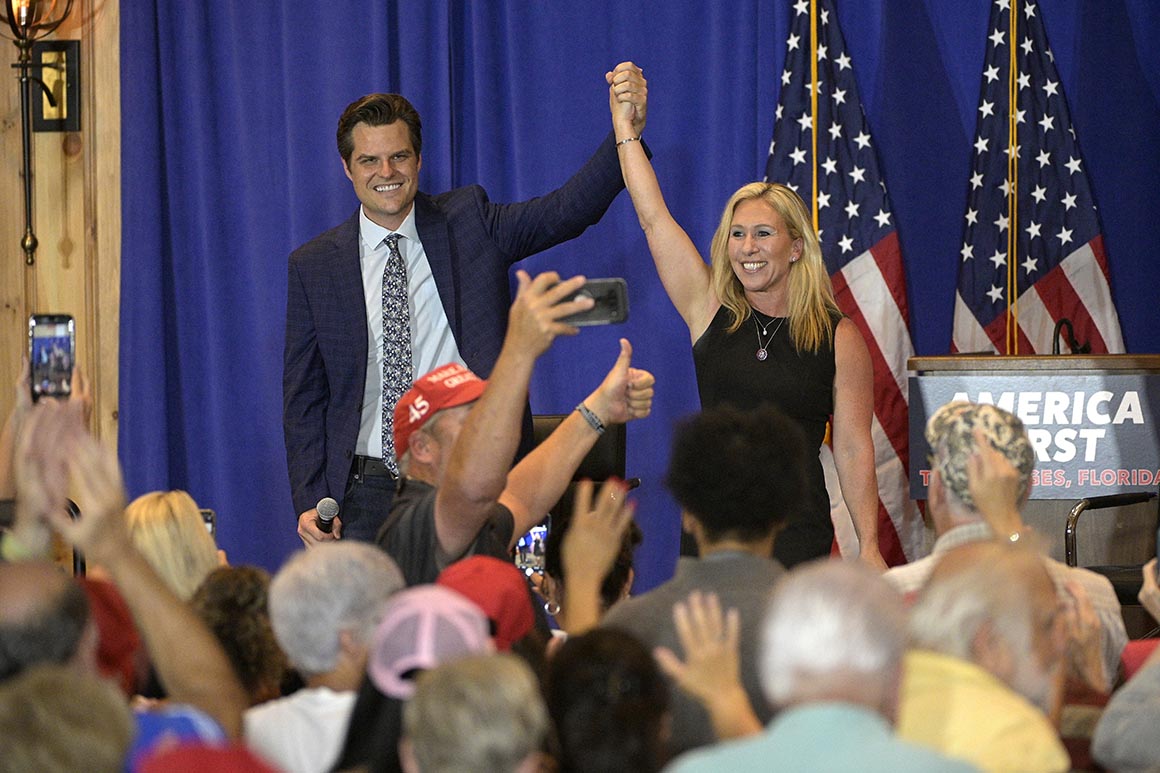 Embattled Rep. Matt Gaetz had a clear message to a friendly crowd Friday night at The Villages: He’s not going away.

“I’m a marked man in Congress. I’m a canceled man in some corners of the Internet. I might be a wanted man by the deep state. But I am a Florida man, and it is good to be home,” Gaetz proclaimed. “Today, we send a strong message to the weak establishment in both parties: America First isn’t going away. We’re going on tour.”

At the hyper-conservative, Trump-favorite retirement home community north of Orlando, the Florida Republican and Rep. Marjorie Taylor Greene (R-Ga.) kicked off their “America First Tour,” which the pair of controversial Republican lawmakers plan on using to lay into so-called RINOs, or “Republicans In Name Only.”

The tour comes as the Republican Party is attempting to define its future post-Donald Trump, and so far, those aligning themselves with the former president are winning out. Republicans like Liz Cheney (R-Wyo.), who have been critical of Trump, have faced significant consequences. Gaetz on Friday continued to make the case for aligning with Trump, hinting the former president might join the tour, or that the two firebrands might join Trump at a rally. However, further details of the tour were not disclosed.

The tour also comes amid reports of a federal investigation into Gaetz over alleged sex crimes, which Gaetz has repeatedly denied. He hasn’t been charged but has faced claims he had sex with a 17-year-old and paid for prostitutes.

Gaetz has had a lower profile since the accusations emerged, notably absent from his consistent pro-Trump cable TV presence, but Fox News' Tucker Carlson has recently questioned whether he has been unfairly targeted. A Gaetz adviser previously told POLITICO he’s likely to appear on Carlson’s show again.

Gaetz claimed Friday that there is no real due process for conservatives, saying that he won’t back down and that “the truth will prevail.” He also acknowledged he may lose committee assignments.

Greene lost her House committee assignments in February after her racist and anti-Semitic statements and posts before she took office came under heightened scrutiny. The first-term lawmaker has also backed Trump’s false election fraud claims and previously aligned with the QAnon conspiracy theory.

After entering to "Thunderstruck" by AC/DC, Greene stoked baseless election fraud fears in her wide-ranging speech, asking the crowd if they thought Biden actually won the 2020 election. The crowd answered with a resounding no. She denounced RINOs for what she saw as failing to keep promises and touted her quixotic bid to impeach President Joe Biden.

In his fiery speech, Gaetz laid into favorite MAGA targets, including big tech, the so-called “deep state” and the establishment. He laid into Cheney, cheering the movement to push her out of leadership, while pushing GOP leadership to be more populist.

“If Liz Cheney could even find Wyoming on a map and went there, she would find a lot of very angry cowboys," he said.

With Trump still enjoying broad support among GOP voters, Cheney has come under fire from Republicans for keeping up her criticism of Trump's baseless claims of election fraud and defending her move to certify the 2020 election results. She is expected to lose her leadership role in a vote as early as next week.

Gaetz traveled to Cheney’s home state of Wyoming in late January as part of an ultimately unsuccessful bid for some House Republicans to boot Cheney from leadership. In February, Cheney held onto her spot with a 145-61 secret ballot vote.

Back then, she pushed to keep her job but hasn’t this time around. She doubled down in a Washington Post op-ed Wednesday, saying she will continue to do so “no matter what the short-term political consequences might be.”

Read Entire Article
Disclaimer: This story is auto-aggregated by a computer program and has not been created or edited by currentIndia.in. Source: www.politico.com
next 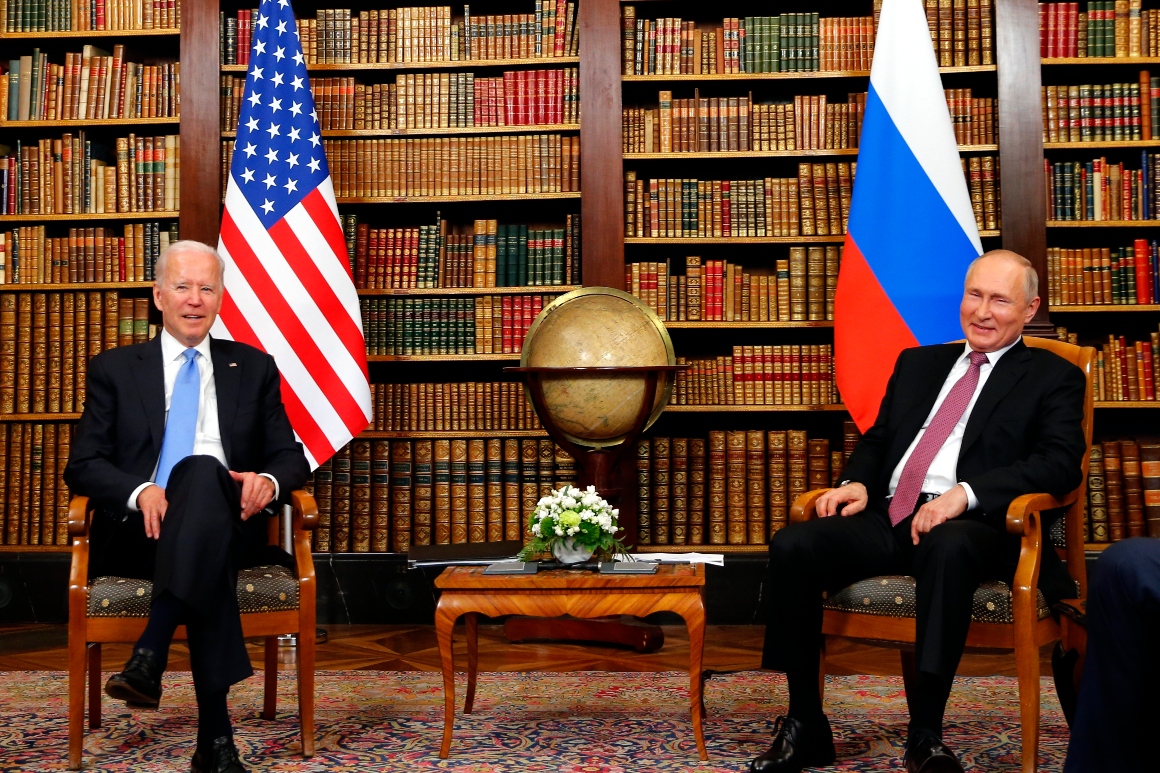 After Biden-Putin, will Russian spies retreat to shadows? 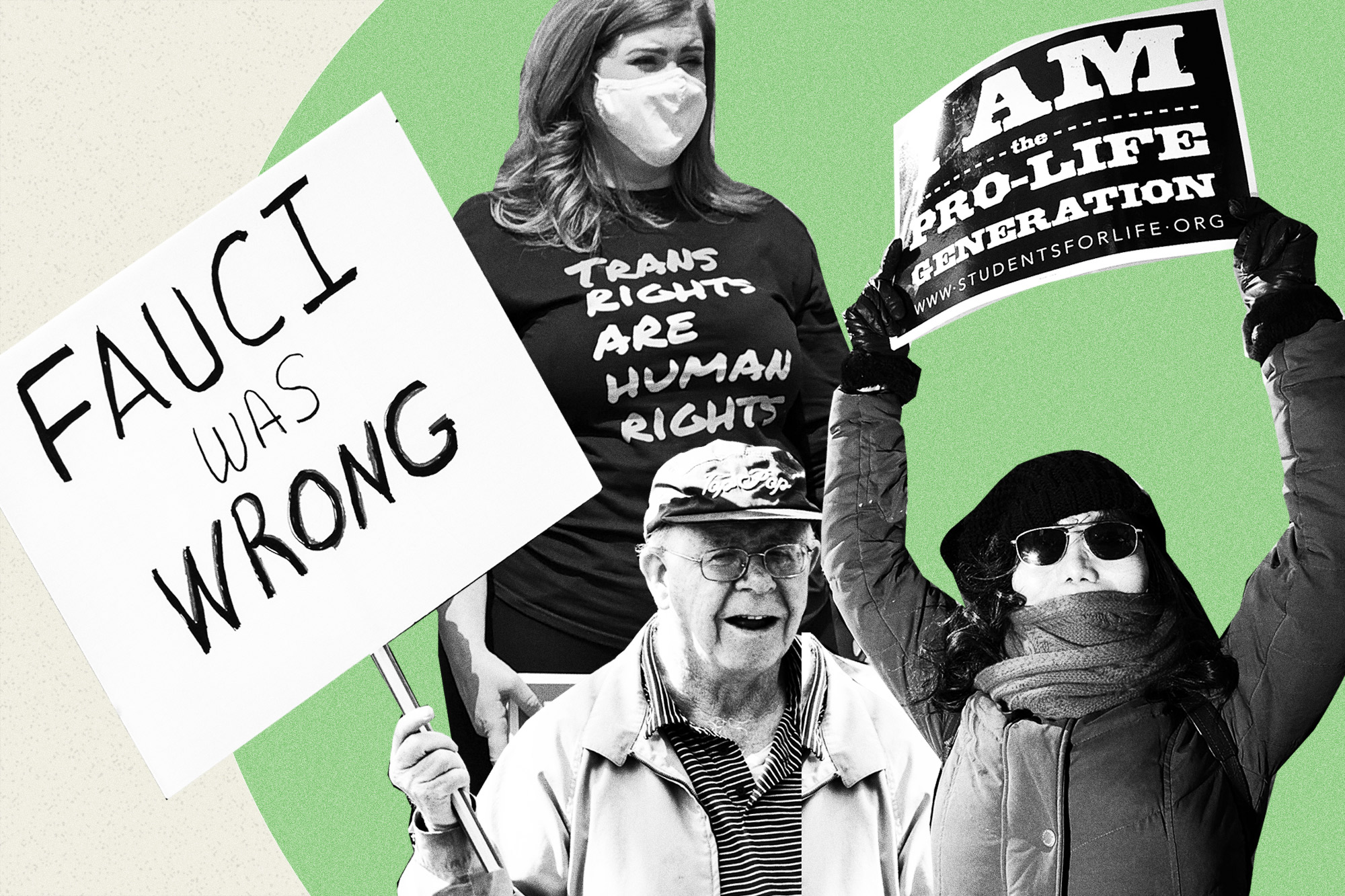 How the ‘Culture War’ Could Break Democracy 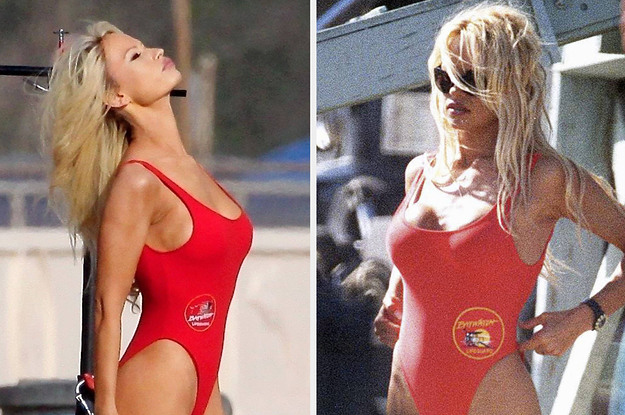 Lily James As Pam Anderson In Her Red Baywatch Bathing Suit Is So Perfect, It's Uncanny 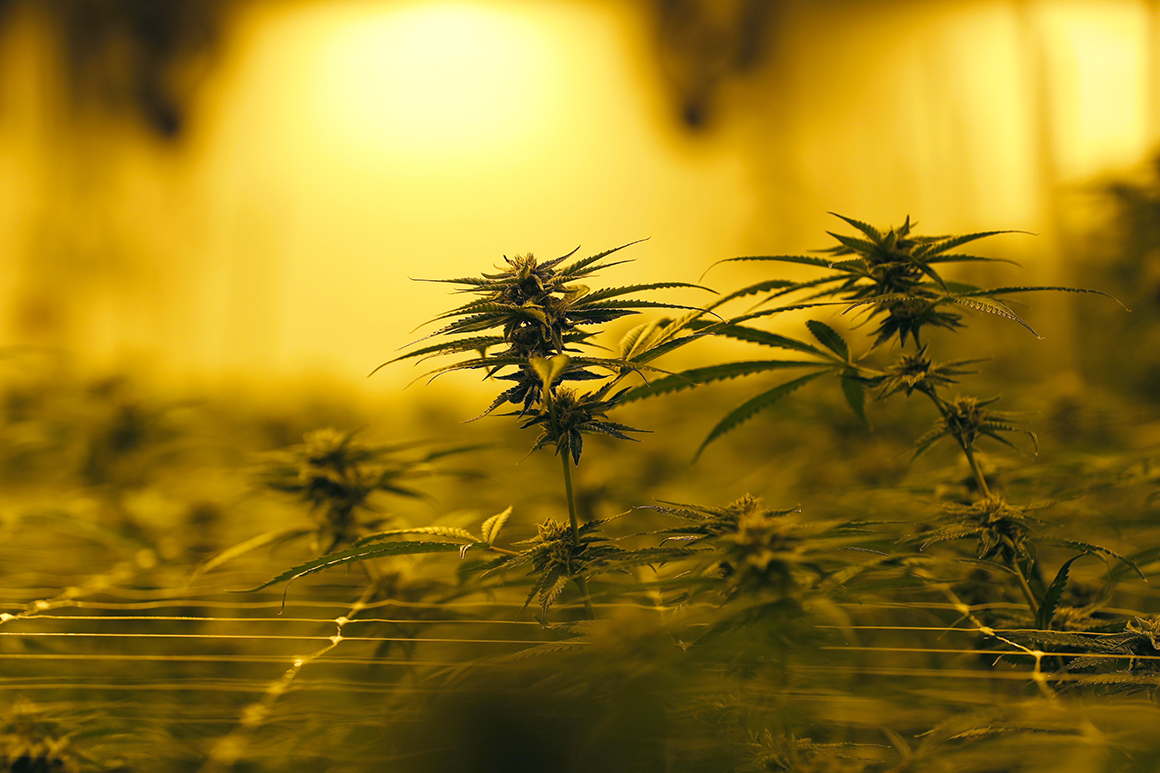 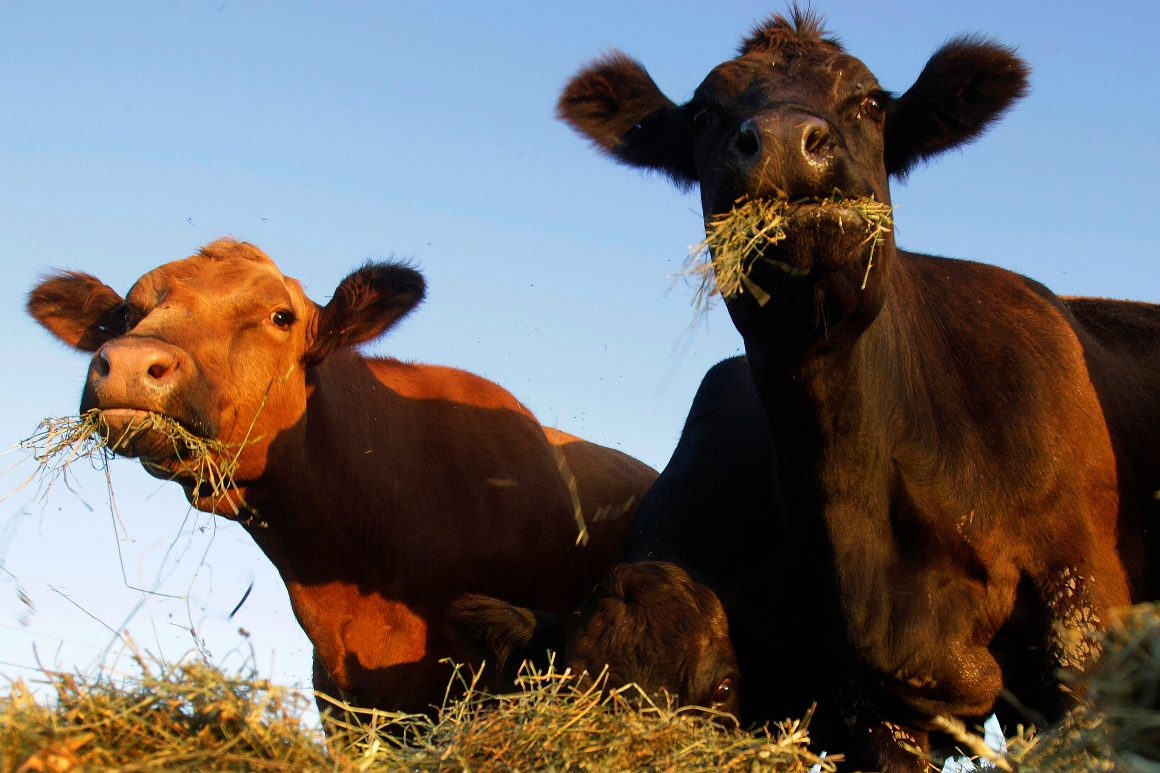